Summer is just ahead of us and many have already booked or are about to book their holiday. Italy is for sure on many peoples list and choice, (hopefully with the political unrest will there not be any animosity towards foreign visitors now they pushed more to the extreme right, let the past not resurface), as Italy is a country rich in history, splendid in its beauty, with exquisite food and outstanding wines. Today we travel south the island of Sicily, where I discovered the house Morgante. 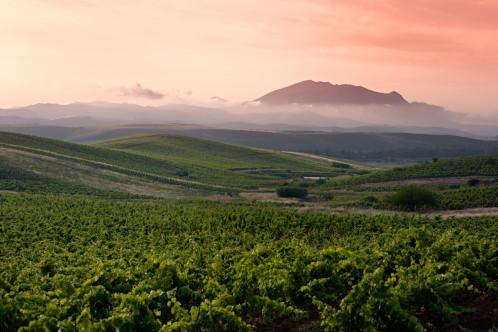 Sicily Italy
If we have to believe the legend, it was Dionysus, the god of wine, who apparently planted dancing the first: grapevine in Giardini-Naxos. Before the arrival the old Greeks, grapes were not cultivated in Sicily. The Greeks introduced a form of growing vines close to the ground as bushes (named alberello meaning small bush), still used today in windy and dry areas. Of course under the Romans the wine production increased significantly and the Sicilian wines were exported to the Roman eastern dominions, to Gaul ( France today), and the territories that are today Germany and Spain. During the Byzantine period, came two thirds of Sicily under Christian control which innovate and improved the Sicilian viticulture. Under the Arab rule production dropped dramatically, grape production increased but that was for table grapes not for wine making. The Normans and Swabians ( ethnic German people) picked up after the Arabs, but it were the Spanish really who made sure that the thirst for Sicilian wines came back to the interest further then the boarders of the Island. For more then 200 years they ruled and the economy of Sicily prospered.

The sweet Marsala wines was invented by the British merchant John Woodhouse who was supposed to buy soda in Trapani in the year 1773. He did not make it to Trapani as a violent storm forced him to to seek shelter in the port of Marsala. Waiting till the storm blows over he ended up waiting in a tavern where he stumbled across this local wine which he thought was as good as Port or Madeira wine which the British imported from Portugal and who were extremely popular in England then and still now.
So he began to think how it would survive the long journey back home, so he fortified this local wine with alcohol and sent some barrels home to his business partner.
Of course it proved to be a success and the famous Marsala wine was born. He returned to Sicily and in the year 1796 the Baglio Woodhouse opened beginning the commercialization and mass production of the wine.

The Duke of Salaparuta marketed the first bottled wine of Sicily and founded the house of the same name in 1824 which still exist today. Phylloxera even here did its ravage and destroyed a large part of the vines and it took more then 70 years for the complete replacing of the affected vines.
Then it took till the 70's really when new technologies were introduced that the quality of Sicilian wines greatly improved. All before Sicily depended on quantity but due to higher competition of the new world in the 90's did they had to change their views in how they produce their wines.

White grapes: Carratto, Carricante, Grecanico, Grillo, Inzolia/Ansonica, Malvasia di Lipari, Moscato Bianco, Moscato di Alessandria. All varieties that for most cases only will be used on the island. 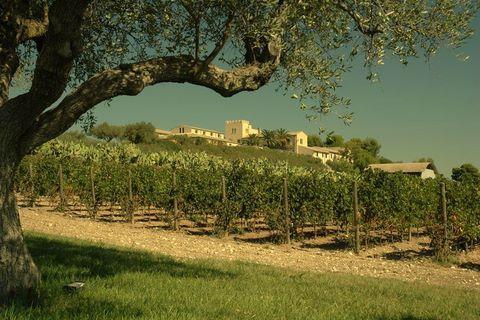 The Morgante family's employs generations of viticultural experience, the adventure took another turn in 1994, when Antonio Morgante, with his sons Carmelo and Giovanni, decided to vinify their vineyard grapes. This decision represented the beginning of a commitment to achieve the best possible wines made out of indigenous grapes, whilst keeping a firm eye on innovation. In 1997 they hired Riccardo Cotarella as their winemaker. A winemaker who strongly believe in the indigenous grape. The vineyards is sitting between 350 meters and 550 meters above sea level, with the help of the Mediterranean climate makes these terroirs ideal for vine growing. Temperatures vary well enough between day and night for the vine to be given time to rest and so able to produce better fruit.
Morgante winery holds one grape close to its heart " Nero d'Avola" also called Calabrese, and almost exclusively grown in Sicily. They produce three wines all coming from the grape Nero d'Avola and one of them is a white wine, the one I will taste.

Palate:  The attack is somewhat soft, lively and fresh, mid-palate is slightly of balance, aromas and acidities not in harmony, but fruit appears clearly and neat, apple and pears, at the end a little sharp, its lingering is medium long.

Conclusion: Although that you find yourself way down south and a lot of heat, this house is able to give and make wines with freshness, fruit and character. This is for its price very well made and sure to enjoy with grilled fish and certain pasta dishes. A very nice discovery.

Until next time please do drink responsibly.


Posted by Hans Vandeputte at 16:50 No comments: